If I want cheap publicity all I need to do is say something outrageous, then others react and it feeds my influence. Of course I can get people to forward on [re-Tweet] my comments, or perhaps invite a machine to do so. Something like 60% of Trump's Tweets are forwarded on automatically by bots.

So how do we challenge lies, hate, confusion, unrealistic demands, and so on without feeding the frenzy and giving them more air? It's nothing new of course, many films have flourished by being banned. The difference is scale. The messages bombarding us everyday are staggering. 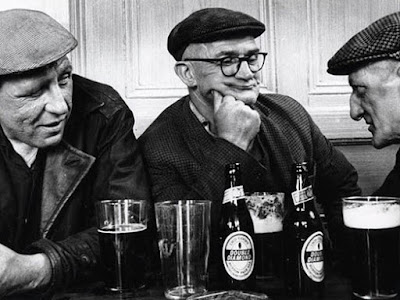 But we are a staggering number too, and the conversation out shopping + telephone call + chatting to a neighbour + text message + any number of times/ways we communicate add up to a considerable direct voice which doesn't feed falsehood.

There are times when a public opinion demands a public rebuff. A candidate for local elections claimed to be a Christian, while at the same time taking part in hate speech. Jesus Christ made it clear that everyone is of equal importance to God. Hating anyone is un-Christian, in fact Jesus told us to love our enemies!

For example, there were some who made a great show of their works of charity while a poor widow gave a penny. He said she'd given more of herself than they had. He spoke to religious and political leaders, but also to the marginalised: lepers, in many cases then women, thieves, bereaved, differently-abled. He loved sinners but hated sin.

He also told a story about a farmer who planted good seed, only for an evil neighbour to contaminate his field with weed seed. The two grew up together, and his workers asked if they should pull out the weeds. The farmer pointed out that in doing so they would pull out the good crop too; they should wait until harvest to sort things out. In others words, there are times we should concentrate on what is good without dissipating our energies on what drains us. 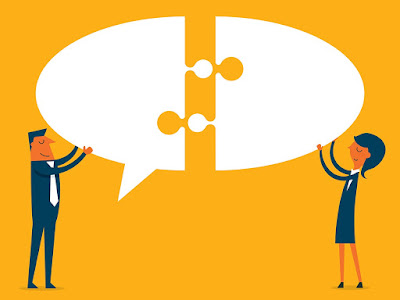 The Brexit saga might be more wholesome if there was focus on the good. Adversarial parliamentary debate is becoming tedious. It may be that we need a new way of making quality decisions. You and I are unlikely to be part of that debate, but we can sweeten community life here.
Posted by Weymouth Ridgeway Rector at 12:03 No comments:

"I know just how you feel". No you don't, you've no idea because you've not experienced what I'm going through! 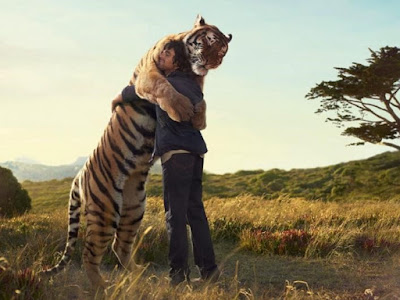 A rough hug around my shoulders without words [tigers excepted] might be from someone who understands what it's like. Sometimes our connection with others is incredibly strong, at other times we just don't know what they are going through. This is true of amazing celebrations, and also of ghastly trauma.

Because Jesus was a man, some have argued that only men can be priests. He was a carpenter, murdered aged 33, never married, and was circumcised as a baby. So does that mean priests must be good with wood, have short careers, be of Jewish stock, and be celibate? Of course not. I was honoured to have the first woman ordained as a priest in Salisbury Cathedral as a colleague.

There are many connections can we make with Jesus' life. For 30 years he lived an ordinary life, apart from an unusual fascination with the teachings of those in Jerusalem Temple. His teachings are in ordinary language, usually illustrated by everyday occurrences: finding things, losing things, sorting out values, sowing seeds, family events, and so on. In fact his listeners complimented him on using language they could understand. 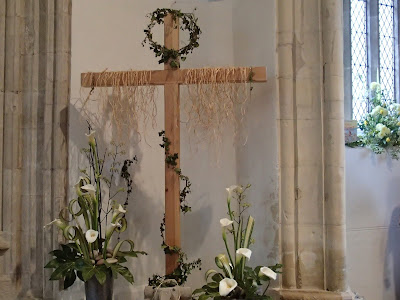 He never grew old, and was strung up on a horrific Roman gallows at the age of 33. Nailed on that cross he knew what it was to be trapped in a body, unable to move. Those with strokes or other disabling events or diseases can relate to that. He was a strong man, but sleep deprivation and torture weakened him so much that he was unable to carry the cross-beam to the crucifixion site. Simon was compelled to carry it instead, and in so doing carried out one of the greatest acts of worship ever.

Jesus never married or had a family, so there are areas of his life which might not link directly to our experience. However, he got caught in a 'domestic' between two sisters. He related well to children, and treated them with huge respect. These are examples which may give us indirect links.

The real thing is that God, who created and sustains the universe, became like one of us and knows what it is to be human. That's one reason why the cross is so powerful a logo: love and suffering intertwined, access to God's amazing gift of forgiveness.

So, Happy Easter!
Posted by Weymouth Ridgeway Rector at 11:38 No comments: