A Europe for children and young people

2/3 of voters in 1975 chose to remain part of the European Union or Common Market. 41 years later we are being asked the same question and, unless it's a close call, we are unlikely to have another vote for a generation or two. 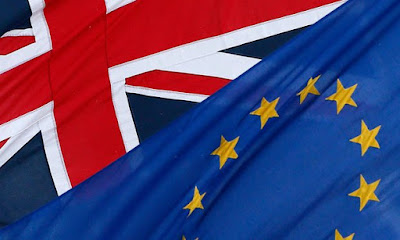 So those of us who can vote [18+ years] need to bear in mind that we are determining something for future generations, for those who can't vote!

How should we vote? I believe we should consider both sides of the argument, and so I found it refreshing when Jeremy Corbyn as Leader of the Opposition spoke about remaining in Europe 'warts and all'. In turn many have expressed puzzlement why Her Majesty's Government should present only reasons for staying in.

Lord Nigel Lawson said that the purposes that lay behind cooperation agreements in Europe [mainly to avoid a third World War] can now be ignored. I strongly disagree because humankind has not suddenly become benign. If we don't prize peace highly we are unlikely to enjoy it. Forgiveness and new beginnings lie at the heart of 71 years of peace. What a blessing; may we never forget it. Previously conflicts cascaded one into another, and there were few settled periods.

Somewhere along the line the Transatlantic Trade and Investment Partnership [TTIP] has raised its apparently ugly head. The USA and EU have been negotiating, largely behind the scenes, a trade deal empowering corporate enterprise at the expense of others. Would we be better off as a small fish negotiating our own deal, or are we more effective in a larger pool? 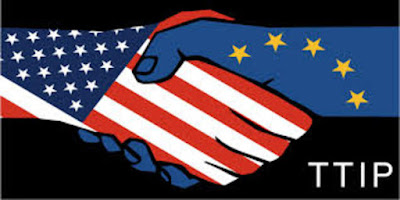 Is there a right way for Christians to vote? Jesus made it clear that our allegiance to God must work alongside responsibilities for society. When asked if he was for God or the emperor, he famously requested a coin. He pointed out that it had two sides, so give to the emperor the things that are the emperor’s, and to God the things that are God’s [Matthew 22.15-22].

As viewpoints are sifted, there will be Christians on both sides of the argument. However we, and many others, will share common goals. Whatever the outcome, it's always more important to build bridges rather than erect walls.

It is important we vote, and vote for future generations.
Posted by Weymouth Ridgeway Rector at 14:16