We're having plenty of fun
There's plenty of fun in the air, even if politics, terrorism, and pollution fill the headlines. Robot Wars is back, in which amazingly destructive machines take each other on while an audience watches. Sir-Killalot has had an upgrade. 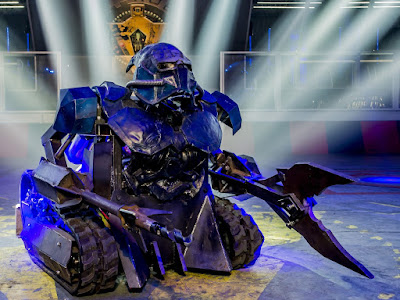 I heard it proposed that a new member of the robot family be created: Worryalot, which would flail arms around in a noisy random way, so it would be difficult to know how to attack it.

St Andrew's Church lychgate has around a hundred visitors a day, collecting Go-Pokémon currency. The smartphone game's launch last month has been amazingly successful, with company shares shooting up 35%. Avatars (cartoon figures) are superimposed onto a camera view, so when visitors pick up the lychgate on their mobiles they see goodies waiting to be collected. These in turn make purchases possible. The Church is a gym, and has already changed hands a few times.

It's all good fun, but I'll come back to Pokémon in a moment.

Fashions are often a bit daft
So, every answer to a question has to begin with 'so', and trousers are no good unless ripped at the knee. I'm grateful it's not the eighteenth century, when men were expected to wear fine powdered wigs and makeup. Cars aren't really up to scratch unless they have two exhaust pipes, although I thought this one a bit OTT. 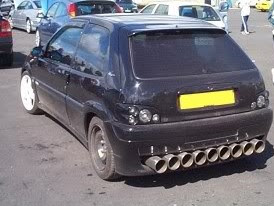 It's all a bit of fun, and gives us a place on life's timeline. Just look back through any photo album, and it all feels very dated. Most fashions come around again a few decades later, but I've noticed 70's flared trousers have not returned ~ good thing too, because I was always getting mine caught in my bicycle chain.

And back to Go-Pokémon
I think it's an amazingly important development, which attaches a new dimension to fun. Jesus' first miracle was at a wedding, where he turned large quantities of water into high quality wine ~ that would have increased the fun alongside a great celebration of love. Fun + love is a good combination.

Millions across the world are being enticed by Go-Pokémon to leave the loneliness of a computer screen, and go outside to play the game where they will meet like-minded people. Direct, rather than virtual conversations are springing up. Fresh air, exercise, noticing the environment, and most of all personal encounter are replacing isolation in a stuffy darkened bedroom. Fun + isolation -> fun + companionship.

The whole debate about drug cheats and the Rio Olympic Games is an important Go-Pokémon moment. The key is to replace fun + damaged distorted bodies -> fun + healthy competition. What goes with fun is really important.

If a stag do is only about totally humiliating a future husband, fun + someone else's expense, it can leave scars that might last a lifetime. However a great do with plenty of leg-pulling, the companionship of friends, and introducing families that's brilliant.

Jesus invited us to maximise fun by connecting it to all that makes life worthwhile, to anything that brings abundance.

Posted by Weymouth Ridgeway Rector at 15:22